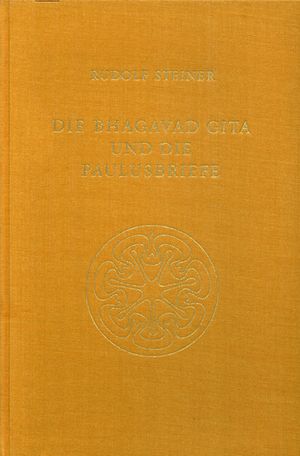 The Bhagavad Gita and the Epistles of St. Paul

In this cycle of lectures Rudolf Steiner shows the fundamental importance of Christianity for an understanding of the oriental wisdom teachings. Thus he contrasts the Bhagavad Gita, as the flowering of the three great currents of Indian spirituality: Veda, Yoga and Sankhya philosophy, with the emerging Christianity, as it becomes visible in the Pauline Epistles as the germ of a future stage of human development.