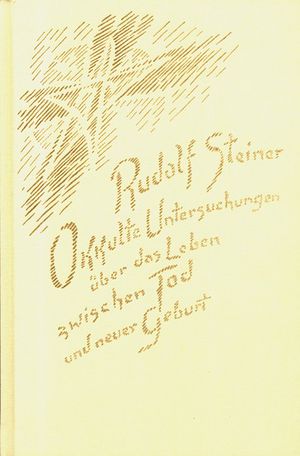 Occult Investigations into Life between Death and New Birth

Twenty individual lectures, given in 1912 and 1913 in different cities

The passage of man through the planetary spheres and the significance of the knowledge of Christ / Some things about the technique of karma in the life after death / Anthroposophy as the content of feeling and life. Devotion and reverence for the hidden / The cosmic side of life between death and new birth. The path through the star spheres / The mission of earth life as a point of passage to the hereafter / The connections between the sensuous and the supersensuous world / The living interaction between the living and the dead / The transformation of human-earthly forces into forces of clairvoyant research.