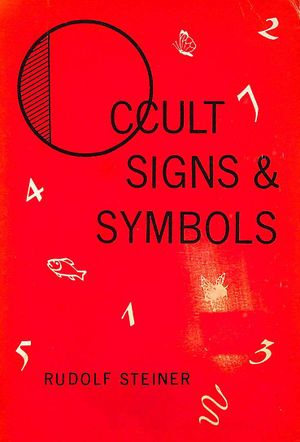 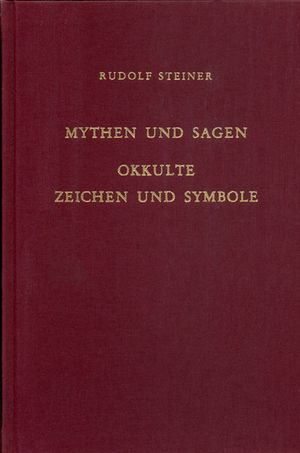 Sixteen lectures in Berlin, Stuttgart and Cologne between 13 September and 29 December 1907.

In these lectures Rudolf Steiner shows the spiritual significance of legends and myths, of signs and symbols, in which ancient insights into the connection between man and the spiritual worlds live on in the form of images.

Old Norse and Persian myths / Dying and ascending organ development in the human body. The Physiognomy of Death / The First Chapters of Genesis / White and Black Magic / On the Effect of Buildings and Forms on Man / Symbolism of Numbers / The Apocalyptic Seals / The Symbol of the Rose Cross / The Position of Man in Relation to His Environment / The Formation of Love as a Basic Element of the Human Ego / Group Ego and Individual Ego / The Bird Phoenix / Forms and Numbers in Their Spiritual Meaning / The Symbol of the Mirror / Christmas - a Reflection from the Wisdom of Life (Vitaesophia)